Waterstones tour of colour and music 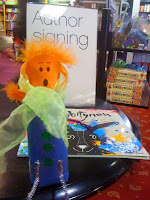 This month has been filled with much creative activity. I've visited a number of Waterstones stores where children and rabbits have filled the bookshops with colour and music.

Here are a few pics from the tour so far...

In Salisbury we made the grey woods colourful again... 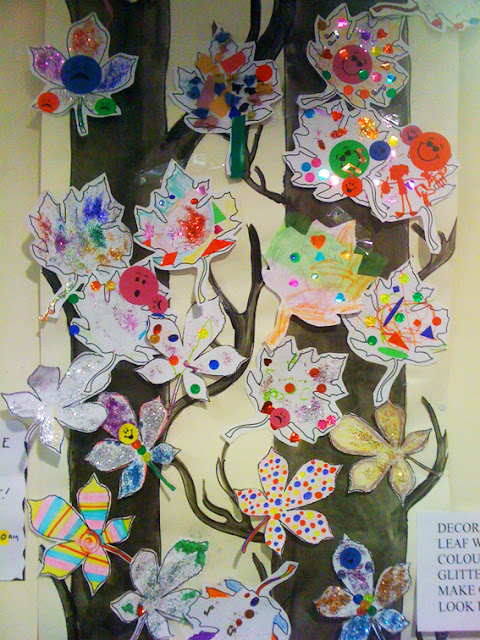 ...made musical instruments out of junk... 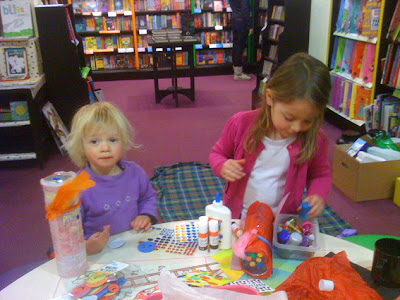 In Cirencester we got spotty and made rainmakers... 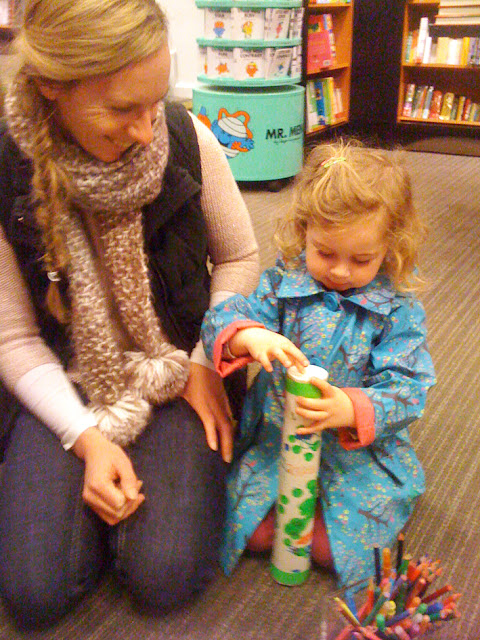 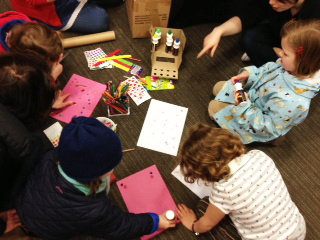 ...I did a my first blog interview...
waterciren.blogspot.interview

In Gloucester we made rainmakers and did boisterous designs... 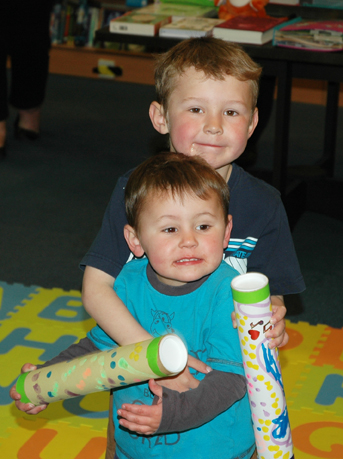 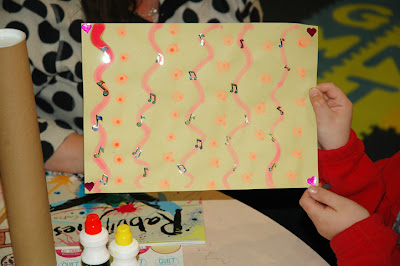 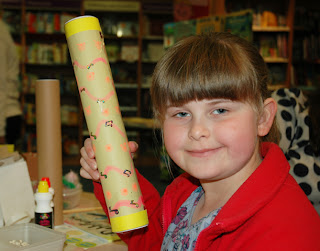 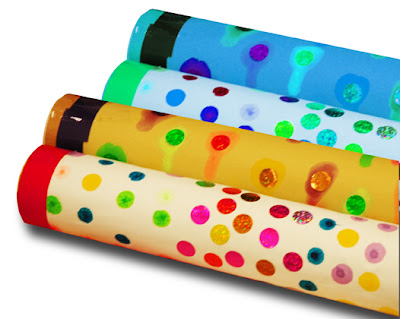 In Cheltenham we made even MORE rainmakers... 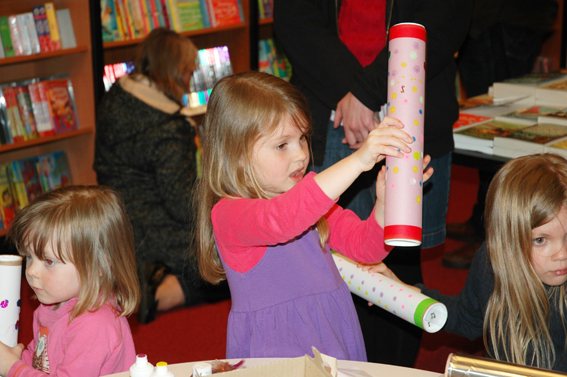 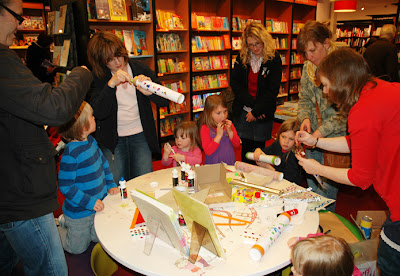 ...and at the Wychwood Festival we're going to be making a GIANT
RAINMAKER so apologies if it rains!
wychwoodfestival.line-up/kids-literature

Stories behind 'the story' 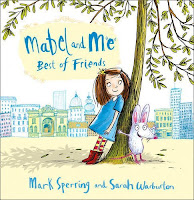 The excitement of the Waterstones Children’s Book Prize 2013 shortlist recently being announced led to quite a bit of interest as to what was behind the inspiration for ‘Rabbityness’ and I was asked to write an article for Wiltshire Life magazine expressing this. I find the stories behind 'the story' really fascinating, illustrator Sarah Warburton recently wrote a lovely blog about the story behind 'Mabel and Me - Best of Friends' you can read it here http://sarahwarburton.blogspot.co.uk  Anyway the following is the article I wrote and I just hope it's not too long winded for a blog!...

When the shortlist for the Waterstones Children’s Book Prize 2013 was recently announced, I was absolutely thrilled to find my picture book ‘Rabbityness’ sat amongst a small selected group of very talented Authors/Illustrators. The book is about individuality, creativity and the legacy people leave behind, which then goes on to inspire others. Here is a little insight into how the idea for ‘Rabbityness’ grew and the inspiration, through events, behind it. 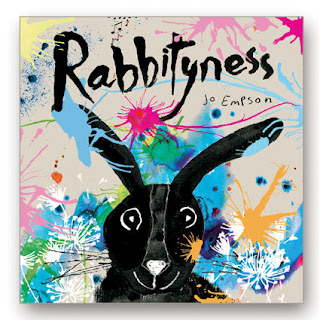 Two of my most memorable and prized processions as a child were a kaleidoscope and a huge pack of felt-tip pens - carefully set out to echo a rainbow. I was fascinated with colour and enjoyed nothing more than creating it. I loved my time spent at nursery school as it felt like a continuation of home, where learning was inspired through creative activities, but being a shy and quiet child, the progression to school was less easy. For me, the best part of the day was when the daily story was read out. Listening to books such as Roald Dahl’s ‘Charlie and the Chocolate Factory’ transported me to a magical world of colourful imagination. I believe my early childhood love of colour and stories were the aspects that lead me to pursue a path as an illustrator, and later to specialize in illustrating Children’s Books.

My love of colour is very much reflected in my first picture book ‘Rabbityness’ published by Child’s Play (International). This little book’s journey started whilst I was studying for an MA in Children’s Book Illustration at Cambridge School of Art. Its life began as a few sketches I made of rabbits and ducks - studying them in their own environment. Out of these sketches developed a little inky rabbit character. There was just one problem: he didn’t quite fit the original story I had in mind for him. So, rather than change him to suit the story, I kept him as he was and set him aside until I found the right story for him.

It was at this point on the course, that my world suddenly turned on it’s head, when I lost my brother, David, very unexpectedly. The shock was immense and nothing can prepare you for the hole that is left and the dark days that follow. Even though my brother was 10 years older than myself, we had always been close. He was very much my big brother swooping me up in his arms when I was young, very protective and always so encouraging and supportive in whatever I did - especially with regards to my creative pursuits. He loved music and played the french horn. I was fascinated by what seemed to me to be a huge twisted instrument, nearly as big as myself and impossible for my sister and I to make a sound, no mater how hard we tried! 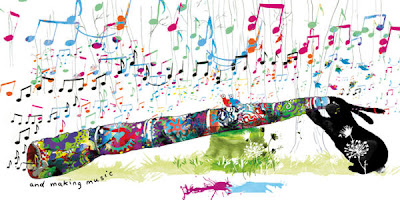 Our closeness grew stronger in recent years after he suffered a stroke at the age of 49. We spent a lot of time together during the following months of his recovery. His right side had been badly effected, so as well as daily physiotherapy, art therapy was also prescribed to help bring back the dexterity in his fingers. This was where he found a hidden talent for art, the more he recovered, the better his paintings became. The following years he enjoyed being part of an art group, filling his flat with paintings and creating prints for family and friends. Music once again also became an important part of his life when he joined a community choir; this gave him much joy and friendship. 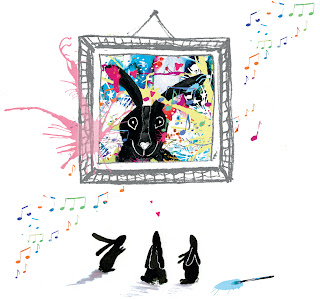 These memories of my brother and his giving, warm, infectious nature, were the foundations for my picture book ‘Rabbityness’. Three days after David died, I woke up with the words to ‘Rabbityness’ in my head. I wrote them down on an old envelope and the words barely changed between then and publication. The little inky rabbit character I had previously set aside, became the perfect vehicle to tell the story. Creating the illustrations for the book was great fun, using inks, straws and brush splats to create the energy and extravagant colour of this very special rabbit.

The use of colour played a big part, using a very specif palette to depict different emotions within the narrative.

The book is dedicated to David and is a legacy of his enthusiasm for all things creative and his endless encouragement and support of my creative pursuits. No matter how many children’s books I create in the future (and I hope there will be many) ‘Rabbityness’ will always be my ‘special’ book and I’m so pleased that a book that champions individuality, creativity and has an underlying important message, is on this prestigious shortlist. Much thanks go to my publisher Child’s Play International for giving me the opportunity of publishing ‘Rabbityness’ and also to my family for their endless support and encouragement; and of course to Waterstones and all their incredibly hardworking staff. 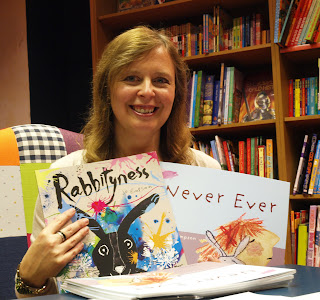