Feel very excited to be a part of this fine flock of 11 West Country Children's illustrators who are coming together for a week long exhibition. Where they will crawl out of their shy shells to show off original artwork, leading workshops, sharing their creative secrets, book signing, reading events and much, much more! 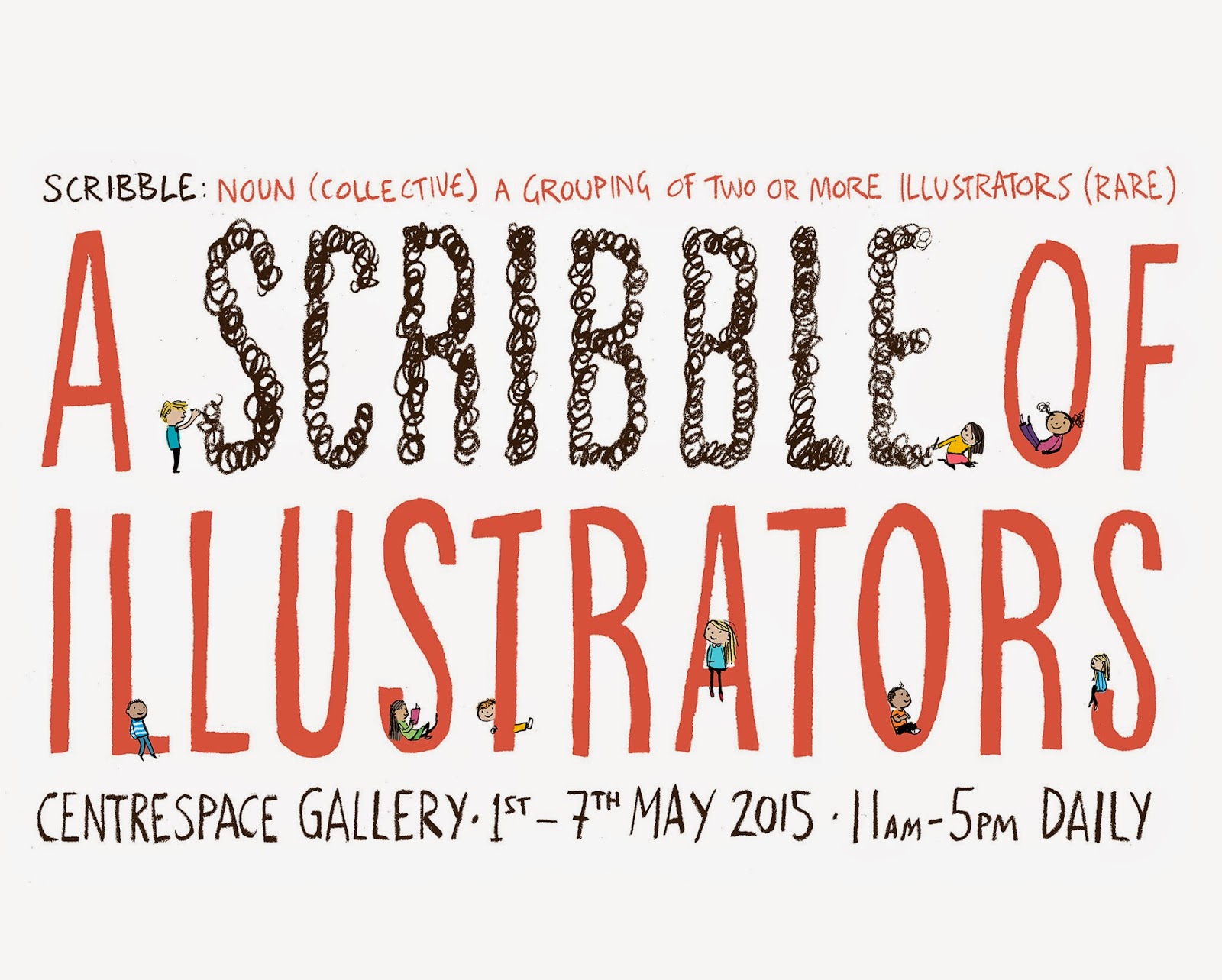 Here is the 'Never Ever' pig character who, as you can see, just LOVES books! I thought you might like to cut him out and make your very own 'flying' pig… 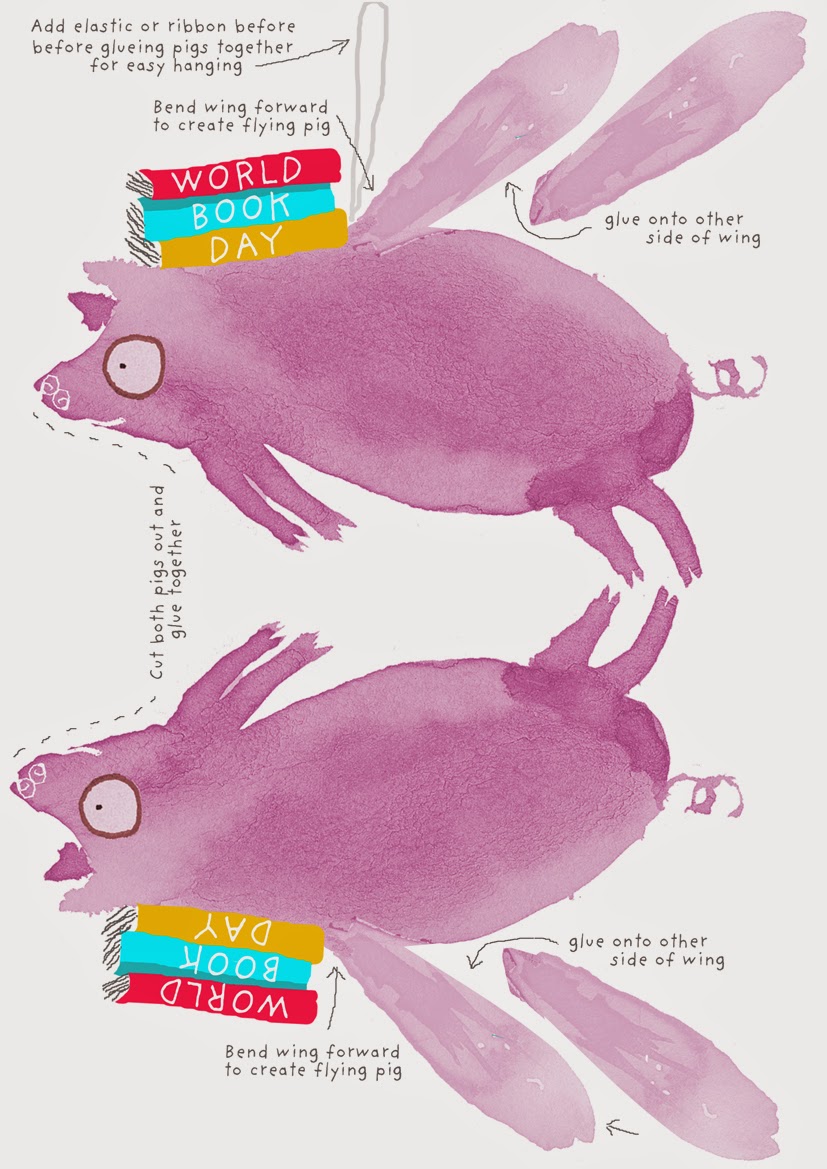 …OR maybe even draw around the shape and colour or decorate your own - just like Bella did…SO beautifully! 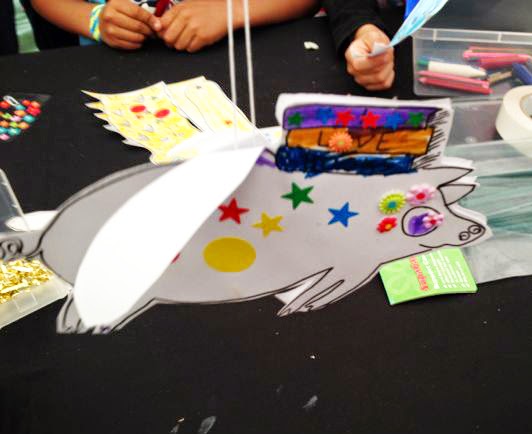 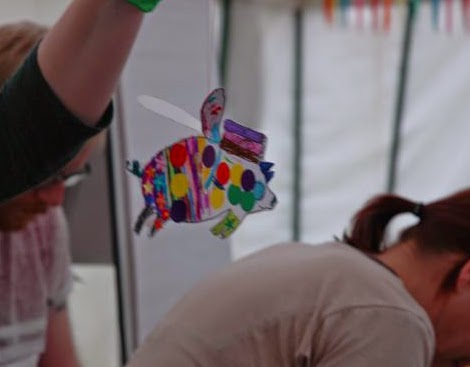 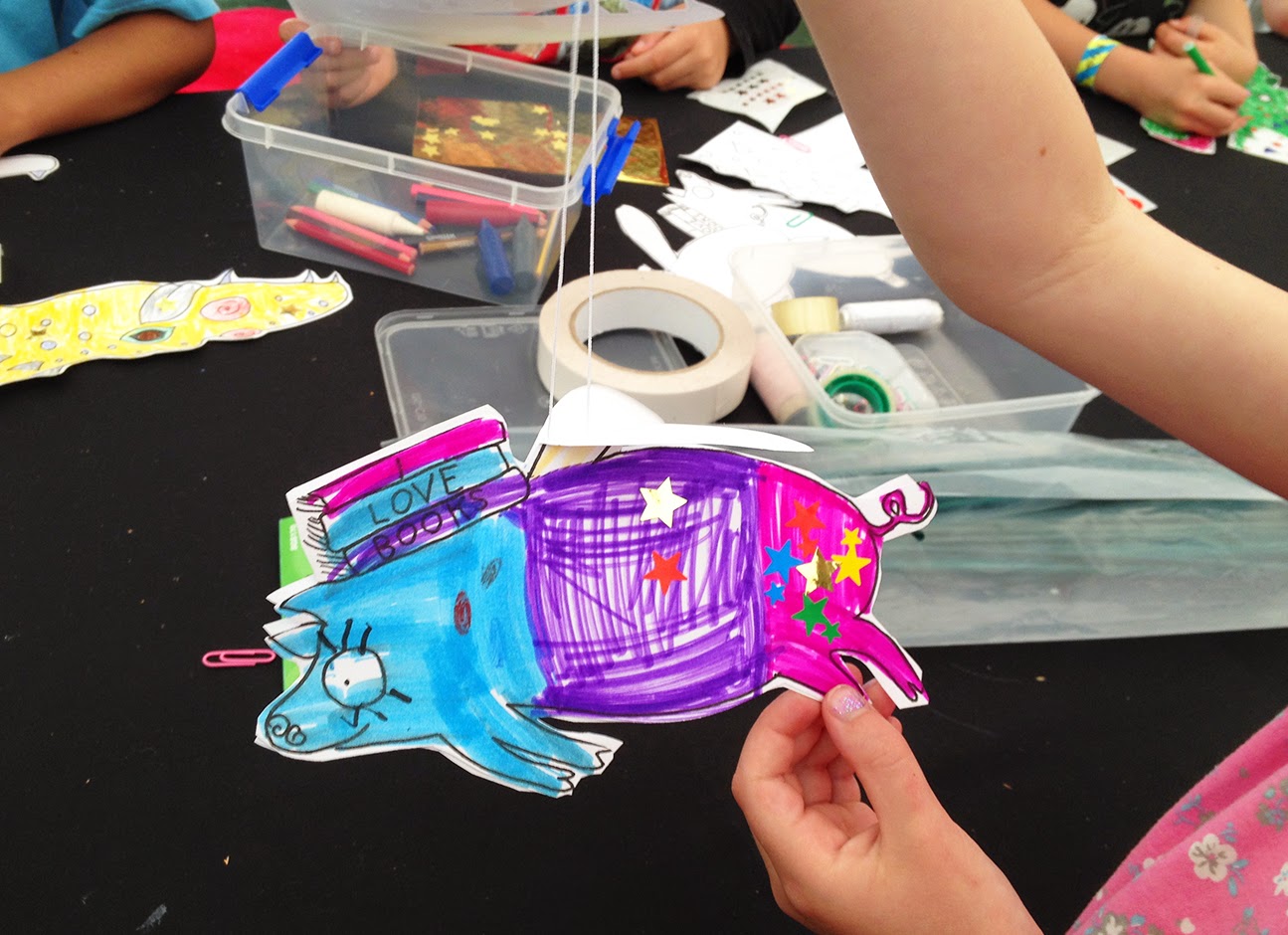 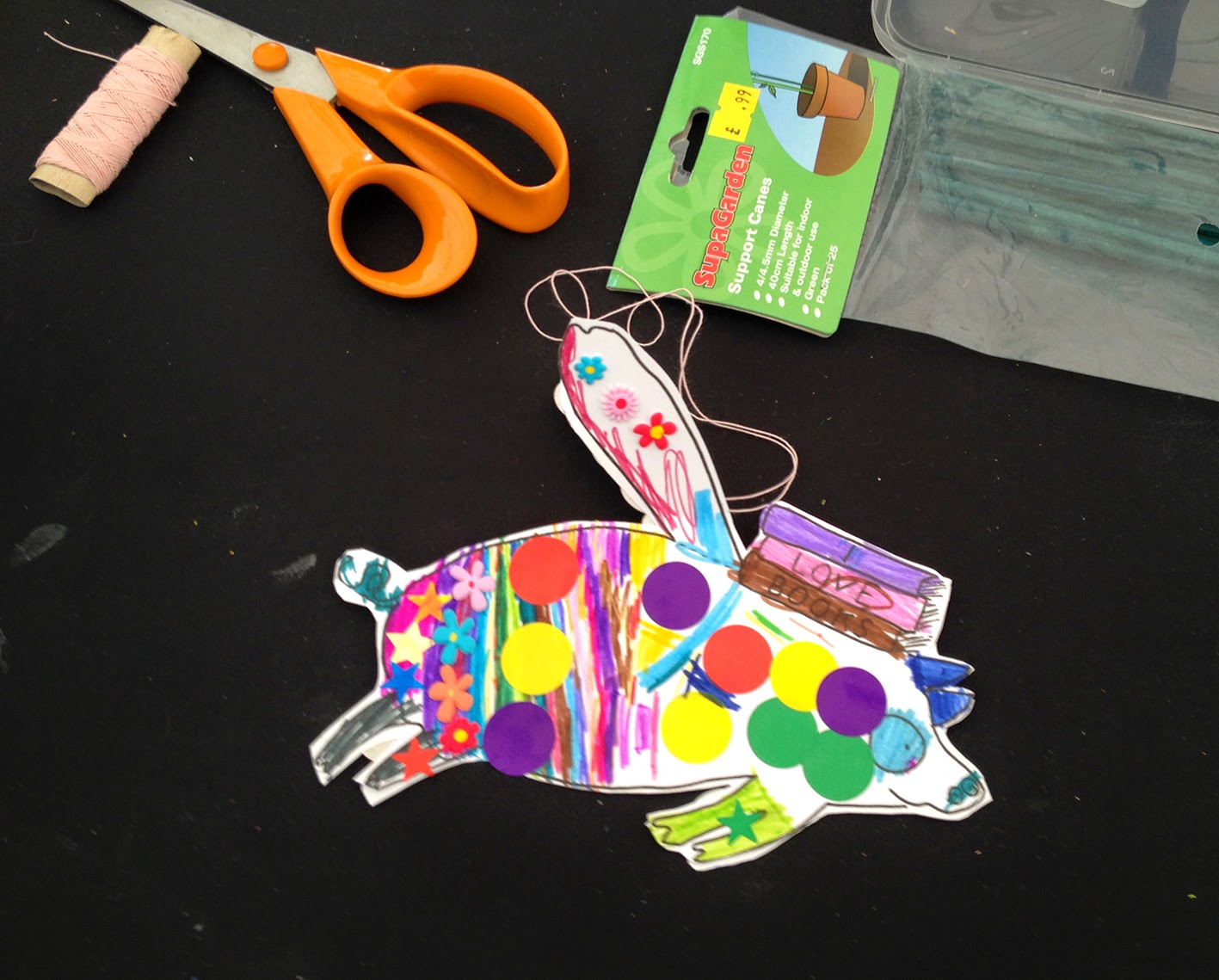 On grey days like these there's nothing else for it...Paint a sun!
Roll on Spring, nearly here! 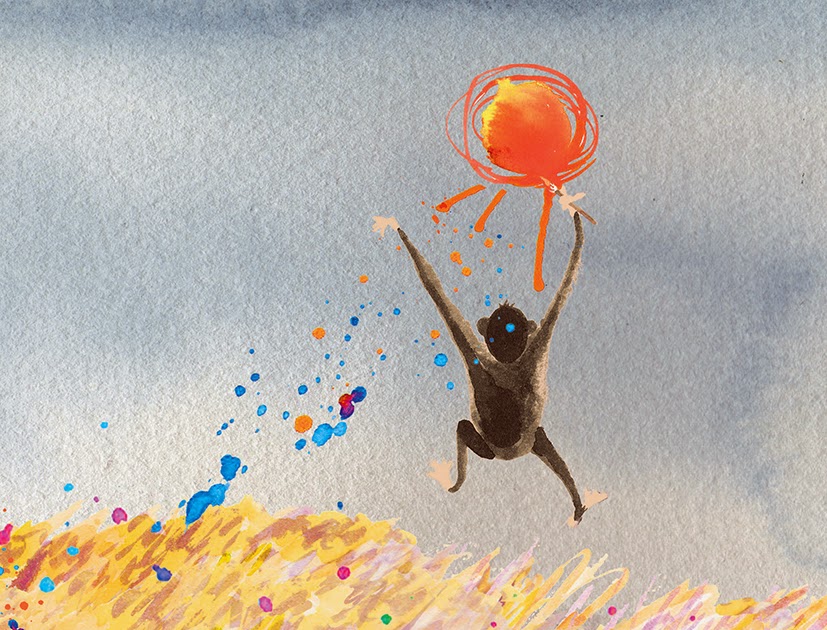