Double scoop of loveliness with spinkles on the top 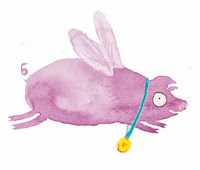 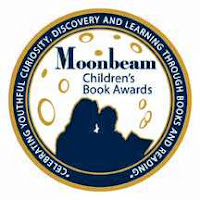 It's been a very good week with some great news from the States. The results for the 2013 Moonbeam Children's Book Awards were announced and two of my books have been lucky enough to win awards. The first for 'NEVER EVER' which was awarded a Gold for Preschool Picture Books and 'RABBITYNESS' has won a bronze for Best Illustrator, so I was completely over the moon with the news (excuse the pun).

I'm also 'thrilled' to say that 'NEVER EVER' is amongst UKLA longlist. I'm so VERY happy to be sat amongst fellow Cambridge arty types Marta Altés Illustration, Courtney Dicmas Illustration, Birgitta Sif Illustration, Alexis Deacon and many of my very favourite illustrators. It's a wonderful award which is judged entirely by teachers. Congrats to all! http://ukla.org/awards/longlists_ukla_book_award_2014 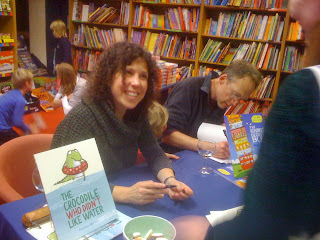 As an extra topping to my lovely week, I went to the booklaunch of two fantastic books; 'The Crocodile who didn't like Water' and 'The Hundred Decker Bus', both written and illustrated by fellow Ex-Cambridge students and winners of the Macmillan Prize - Gemma Merino and Mike Smith.

Then the sprinkles on the top came yesterday, when I went to the Bath Literature Festival and saw the wonderful Clara Vulliamy & James Mayhew, Chloe & Mick Inkpen and a truly inspiring talk by Sally Gardner & David Almond.